You’ve only precious moments before time collapses onto itself to save your family. Warp, jump and rewind through time and space - and pray that whatever lives between it doesn’t notice you.

Reply
Drekkennought196 days ago
I played through the game and uploaded it to my channel! I want to say that, despite encountering a few glitches and bugs, I thoroughly enjoyed my experience with this! The story was surprisingly in-depth and quite engaging, I only wanted to know more about this alternate world you've all created. I'm ashamed to admit that you did manage to scare me more than a few times, and typically in unexpected ways. This was a great little game to return to content creation with. Thank you for this, my friends!
Reply
Meeka Nomicon197 days ago
Absolutely amazing game, loved the visuals you created some amazing mind altering set pieces. I loved the feel of time collapsing, where it felt like the world was collapsing.

Really interesting story, I was guessing what was actually happening all the way through, still surprised by the ending.

Reply
Y23F45240 days ago
Credits and much love to you, developer! Thank you for the AWESOME game. I can't wait for the next one. I get to play this in the Philippines!
Reply
GermanHorrorGuy244 days ago

I have to admit, this short horror gem scares the life out of me. Can't recommend this game enough. *clap clap* Comment signing out.

hi, big thx for the game. greetings from rosti 🙏😘

Reply
TheLordsGift298 days ago
As you can see on my face i really enjoyed this game!!!! Great work!
Reply
Cyrielle_Benda331 days ago

Thank you for the great game and the nightmares !!

Time Travelling Terror, honestly so good. Plus a full story! Loved every second of this game, even when I was utterly terrified.

i hated every second of this, thank you!

Even so, the story felt kind of confusing and a bit over the place and the notes talked about a few people and it was a bit confusing to put everything together, as well as the main character's story together.

The jump scares were pretty unique and interesting; but they could have been way better and more flushed out, they had a lot of potential.

The puzzles as well, could have been more flushed out, but did have potential and was genuinely interesting because of the time travelling mechanic.

Other than that, I thought that the game was still relatively fun to experience!

Awesome game to pass the time lol. Ok I know that was lame but it's still a great game. I like the atmosphere and jumpscares this one had. The radio was annoying but overall I would recommend.

Tried out the game!

Hey! I included your game in my latest Itch.io Horror Games video! The part with your game starts at 13:28! Hope you enjoy the video if you end up watching it! Cheers!

That was really good.

nice scares, a little confusing the way it just drops you in but I should have paid more attention to the broadcasts.

Reply
ChillinWinston1 year ago
Tiiiiiiiiiiime is on my side. Yes it is.
Reply
Vinsanity1 year ago
Really good game, the jump scares got me good then you start to unravel and discover that there is a pretty sad back story behind this game
Reply
indiegamingfun1 year ago

The game froze my pc twice making me have to reset. What a trash piece of software. People don't download buggy as puck.

you just have a shit pc

not a pc issue on this one because even when I load up games that are beyond the ability of my pc they will still load and run like shit but they will let me into to the game. The computer I am currently playing on is about the level of an xbox360. Also I played some pretty graphic instensive games on this computer games like remember me and tomb raider 2013 worked on here. So it is not a question of a shit pc in this case it is a question of shit made game 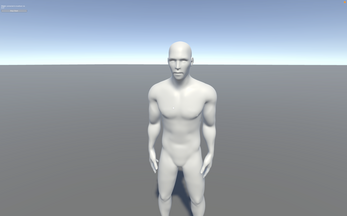 this was a fun little short experience, some of the jumpscare were very effective, i think the one that really got me was were the time travel creature was at the edge of pov as if it was tryna get us from behind, that jump scared really got me. the game was really fun and interesting overall. keep up the great work familia!

Was not expecting this to be so damn good,!

This is one hell of a interesting game, thanks for the awesome time!

Reply
Arm+Leg1 year ago(+1)
Me and my pal Jacob played this game together and we enjoyed it even though we nearly sped through the story. We still got the jist of it though as it was very well shown.

My review is it's a fun little mystery and an interesting story for sure.
Reply
TheGamePeasants1 year ago(-1)
was such a great game!! I loved the idea behind it and it was well put together!
Reply
CodePree1 year ago (2 edits)

This game gave me a couple of scares and some confusion where to. The best thing the atmosphere of the game is perfect wish I can experience more and switching between time is freaking awesome. This game is good to me and the graphics is nice playable. Thank you for this scary experience

Saw this game featured on Steam and was surprised that it was free. The developer brings the concept of time travel into a horror story that feels refreshing. Also, the are A LOT of scares! Well done dev!

The game's interesting and has some nice moments in it. I kind wish we had more opportunity to use the commercial grade time traveling watch. Though I'd most likely tone down the jumpscares frequency a bit. Otherwise, nice game.

Here's my channel for other games I have played. http://www.youtube.com/c/Levont

The game's super cool, but I think it's bugged out on my computer or something — after I use the basement clock and go back up the stairs, the entire hallway is pitch black and when I walk through it, I just fall through the floor.

Reply
trailmix1 year ago(-1)
wow really good game I do have to say, I must be crazy cuz I wish it was longer, the jumps in this game are the best ones in a long time

Good job and I cant wait to see what's next.

Reply
SnickerDudeAl1 year ago(-1)
honestly scared the living crap out of me... would play again
Reply
BOLTOREZ1 year ago

A really good game! It got me several times!

Jumpscares were on point and got me every time.

Thanks for the great game, ISART
Reply
CommonGoblinGaming1 year ago

We loved the game! Had so much fun playing it! 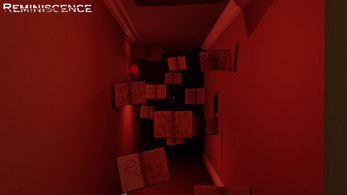 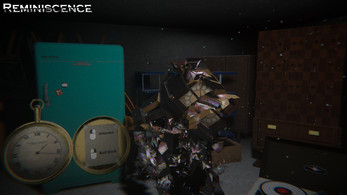 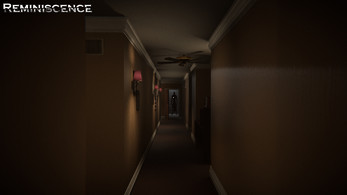 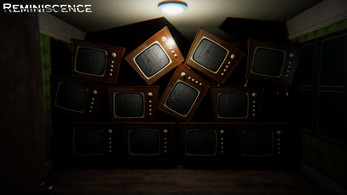 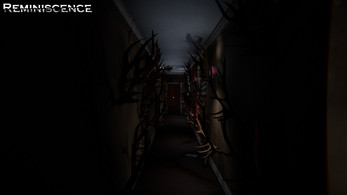